Jobs ,Naukarione Updates, Good News, Ojas Jobs, Ojas Gujarat
Naukarione
News
The Gujarat government has announced to start education work in secondary and higher secondary departments in the state from November 23 after Diwali. As per the announcement made by the state government, it has decided to start Std. 9 to Std. 12 schools from November 23. It has also announced to start teaching work in all the colleges of the states. In addition to the state’s medical and para-medical colleges, final year classes will be started. The announcement was made by state education minister Bhupendrasinh Chudasama. 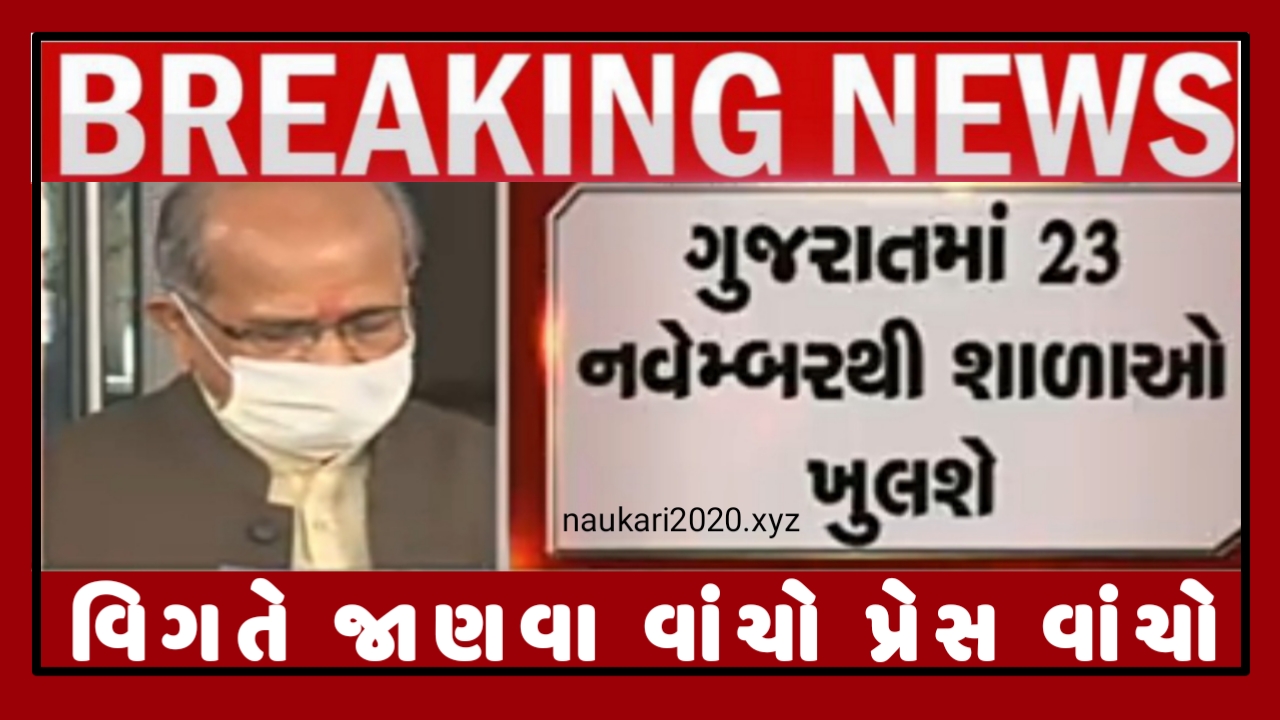 Bhupendrasinh Chudasama said schools have to seek the written permission of parents to call students to school. The Gujarat government will provide forms to schools for this. Which the guardians will have to fill out. He further said that the attendance of students in the school was optional. As well as parents can also choose online education for children.
Bhupendrasinh Chudasama said that in schools, the teacher has to examine the student with a thermal gun. As well as the school principal will have to make arrangements for hand washing with soap, social distance. Bhupendrasinh Chudasama has also sought the help of parents for this. So that schools can be started gradually as per the routine.
The Schools Have To Follow The Sop (Guideline) Of The Government Of India.
– Online study system will also continue in Gujarat.
– This SOP will be applicable to all school colleges of Gujarat Board.
– School will not be considered a compulsory attendance for college.
– Parental permission must be sought by school colleges. A form will be provided for the Guardian Committee.
– Be careful not to gather in prayer recesses.
– Odd Even’s option is given in the SOP, which will be decided by the school principal.
– Concerned neo-hippies and their global warming, i’ll tell ya.
– In schools the teacher has to examine the student with a thermal gun.
– The principal of the school will have to arrange for hand washing with soap, social distance.
Important Links:
Read News Report In Gujarati: Divya Bhaskar
Read News Report in Gujarati: Sandesh Samachar
Schools will open in Gujarat from November 23. Standard 9 to 12 will start as per Central Government SOP. Education Minister Bhupendrasinh Chudasama said that secondary and higher secondary education work will be started from November 23. The SOP of the Government of India will be followed. Final year colleges will also start from November 23.