Jobs ,Naukarione Updates, Good News, Ojas Jobs, Ojas Gujarat
Naukarione
Sarkariyojana
Gujarat Chief Minister Mr. Vijay Rupaniclearly expressed his views that there has been great contribution of hard work and skill of labour in the development of the state-nation and GDP growth. 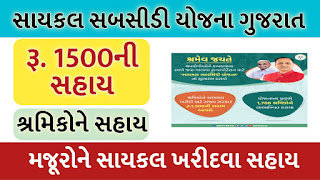 State Government is also concerned about the development of labours and their families and so Labor Welfare Board for the welfare of registered workers as well Construction Workers Welfare Board for unorganized sector workers have been setup in the state.The resources of the state government are dedicated to the workers. It is working with aim that increase is productivity, growth and production as well as GDP is possible only if a labour is satisfied.
The CM virtually launched Mobile Application, 3 Mobile Medical Vans for health check-up of workers with a grant of Rs 35 lakh under CSR as well E-dedicated two newly built bhavansof Gujarat Labour Welfare Board built at a cost of Rs. 4.95 crores in Ahmedabad and Vadodara from Gandhinagar.
workers are constantly working with the spirit of nation buildingin the development of industry and trade of the state-nation.These workers do not worry about their own bread and butter, but work with the responsibility of the nation-state’s economic, industrial holistic development.
The E-dedication program started with a two-minute silence for the peace of the departed souls expressing condolences to the workers who lost their lives in the fire accident in Ahmedabad. All those joined maintained a two – minute silence and prayed for the departed souls.CM also launched Shramik Akasmat Mutyu Sahay Joyana with a view to assist Rs. 1 lakh to the families of the deceased in case of such accidental deaths in Industries.
Mr. Rupani also launched “Cycle Subsidy Yojana” for ease of transportation to the labours from work places. Under this scheme, the state government will provideRs. 1500 for purchase of cycle. 1708 labours will be benefited with assistance of Rs. 33 lakh 30 thousand.
State Government has taken the direction of making the workers of the state self-reliant. The Chief Minister also encouraged the workers to go ahead with their hard works and realize the mantra given by our Prime Minister Mr. Narendra Modi. 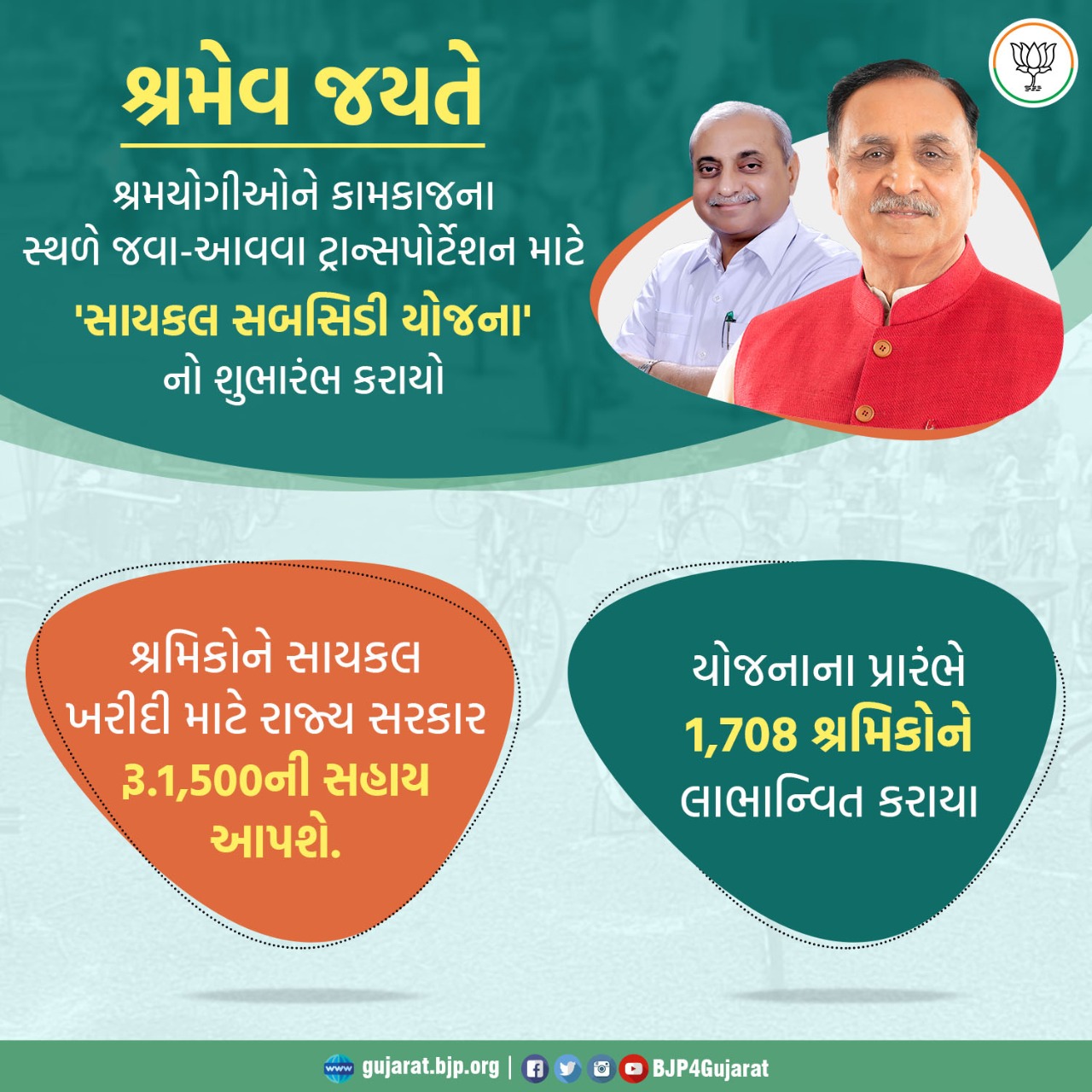 Explaining that Gujarat has become a land of opportunities for the entire country, the Chief Minister said that workers and artisans from all over the country have come and settled in Gujarat for their livelihood.
He added that the state government has successfully crossed the largest post-independence migration by providing more than 10,000 trains and more than 2,000 buses to fulfill the desire of such workers to return to their homeland during the time of pandemic.
These workers are also returning and re-engaging to their duties with a firm determination to fight against Corona and to realize “Harshe Corona – Jitse Gujarat”. On this occasion, the Chief Minister virtuallyhonored about 100 children of laborers who have successfully completed competitive examinations and got government jobs.Mr. Rupanicongratulated the Gujarat Labor Welfare Board for many welfare activities and schemes.
Important Links:
Read In Gujarati News
Read Official Press Note in Hindi
Labor and Employment Minister Mr. Dilip Kumar Thakor delivered his occasional speech. Chairman of Gujarat Labor Welfare Board Mr. Sunil Sindhi delivered his welcome note.
Additional Chief Secretary, Labor and Employment Mr. VipulMitra, Regional Executive Director, Indian Oil Corporation Mr. Lamba, Welfare Commissioner Shri Hitesh Rahul from Gandhinagar participated on this occasion. Welfare Commissioner Mr. Hitesh Rahul thanked everyone.