Home Trick Airtel vs Jio vs Vodafone: Which company is giving, the most cheapest recharge plan

Airtel vs Jio vs Vodafone: Which company is giving, the most cheapest recharge plan

Airtel vs Jio vs Vodafone: Which company is giving, the most cheapest recharge plan

Telecom companies often new new news to attract customers Taking a small recharge plan to the entire year's best plan is currently available in the market. Here we are telling about 100 rupees worth the best plans for you who can prove to be a Best Option for you. 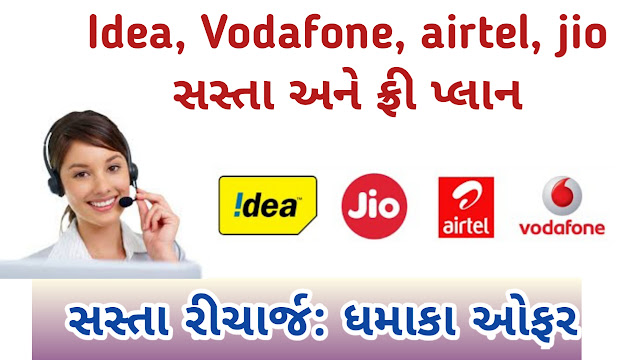 Best Plan of the price less than 100 rupees AIRTEL has the most cheapest plan in 19 in which it also receives 200 MB data with unlimited calling on communities, this plan is 2 days. Apart from this, in a smart recharge with 79 rupees, the company gets a toktime of Rs 38.52 in the company's 49 rupees. The validity of this plan is 28 days. it gets 100MB data.

Vodafone is worth less than 100 rupees

Vodafone Idea's 19 rupee plans with only 2 days validity. It gets 200 MB of data. Besides, there is also a free subscriber of Vodafone Play and Zee 5. Apart from this, Vodafone Idea also has the most cheapest month plan of Rs 49, it gets a talktime of 38 rupees.

Apart from this plan also receives 100 MB internet data. All the companies give anything extraordinance in their own plans. But you have to see which company network is the best you are there. Choose the same as the company's network is better.

Trending In This Week